With Republicans having won control of both houses of Congress, the reduction of corporate tax rates suddenly has a realistic chance of happening in 2015.

Now that the Republicans have real political power, they can't afford to continue a policy of simply thwarting President Barack Obama. If the GOP can't prove it can get something done in Washington, it will get thumped in 2016 just as soundly as the Democrats did yesterday (Tuesday).

That means focusing on issues for which the two parties can find common ground. And corporate tax reform tops the list.

So U.S. companies with overseas operations need to start paying attention to this issue now.

To be sure, it's been on Washington's radar for a long time.

Why Corporate Tax Reform Is Coming in 2015

The thing that gets politicians the most bothered is the $2.1 trillion-plus in profits that U.S corporations have parked outside the country. That's nearly double the amount in 2011. 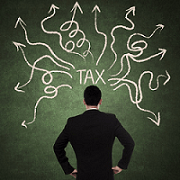 And as long as that titanic pile of profits sits overseas, it can't be taxed. Democrats see those untaxed profits and dream of billions in revenue flowing into the U.S. Treasury.

Republicans would like to see corporations bring that money back to the United States to invest in their businesses here and create jobs.

Both sides are unhappy about the recent wave of corporate inversions. In those cases, a U.S. company merges with a foreign company and then moves its headquarters to the foreign country. Such companies then pay taxes at the lower rate of the new home country, while avoiding U.S. corporate taxes.

Members of both parties have expressed a willingness to work on corporate tax reform.

"President Obama has long advocated for reforming our tax code to make it more simple and fair, and he has been clear that he is willing to work with both parties to get that done," an Obama spokeswoman told The Hill last month.

In the wake of the Republican midterm victory, several GOP lawmakers have made similar statements. Both sides even have detailed proposals sitting on the shelf.

And fixing the corporate tax rate isn't controversial, either.

A poll by Public Opinion Strategies on the eve of the midterm elections found that 86% of Americans want tax reform. And 95% want Republicans and Democrats to work together to make it happen.

Businesses want to see tax reform, too - although that's not really surprising, given that the U.S. corporate tax rate of 35% is the highest in the world.

So this issue is ripe for action.

But for U.S. companies, there's just one problem...