A momentous midterm election yesterday put the Republican Party in control of the Senate for the first time in eight years. Seven key seat gains means U.S President Barack Obama has now lost nearly 70 seats in the House since taking office – more than any president since Harry Truman. 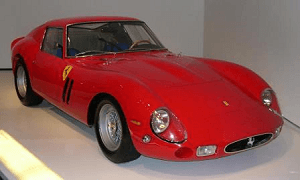 The 2014 midterm race was the most expensive to date, according to Center for Responsive Politics (CRP) data and Yahoo! News. The top 10 most expensive Senate races alone cost nearly $700 million – that's the equivalent of roughly 1,350 1962 Ferarri 250 GTOs (Popular Mechanics' "hottest car of all time").

Some very recognizable names are behind the biggest chunk of contributions.

Here's a look at five key midterm election winners and the companies that fueled their victories…  (data from CRP, through Oct. 15)

Here are the top five company contributors to his 2014 re-election campaign:

Tillis challenged Democratic incumbent Sen. Kay Hagan in the most expensive Senate race in U.S. history. Out-of-state contributors poured in approximately $100 million. CRP figures that the price tag on this battle came in at $111.2 million, and Hagan outspent Tillis 3-to-1. Still, Tillis took the day with 49% of the votes to Hagan's 47%.