Saudi Arabia is once again fueling a global oil feud by cutting crude oil prices. It's the second time in a month the kingdom has grabbed oil market headlines.

In its latest version, Saudi Aramco (the national oil company) has restored an earlier price cut to Asia, but reduced its price to U.S. customers.

That means the Saudis are now trying to fight a crude oil war on three different fronts: against Russia in Asia; with OPEC's over-producers like Venezuela and Kuwait; and an escalating battle against U.S. unconventional (tight and shale) oil.

But its latest maneuver won't be enough to turn the tide…

Potshots at Putin Over Asia

The Russian front was the primary reason for an earlier move to slice $1 a barrel off oil prices for customers in Asia – which has quickly become the biggest battleground for energy exports.

With the completion of the East Siberia-Pacific Ocean (ESPO) crude oil export pipeline, Moscow is now able to provide crude to Asia that's better in quality (lower sulfur content) than the Saudi export blend at a lower price. 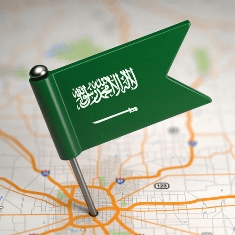 That move had an almost immediate impact on Russian export prospects, since there is now an alternative market for export that could offset a lowering of trade elsewhere. Russia's central budget is also dependent upon oil and natural gas exports, and its 2015 budget is already pegged to much higher crude oil prices than the market is likely to provide.

With ESPO exports now about to move into high gear utilizing a spur to China that's been underway for several years, it is crucial that the intended benchmark grade (also called ESPO) develop regular initial delivery cycles.

That's what the Saudis managed to disrupt with their first pricing cut.

The kingdom's contest within OPEC is of a completely different nature.

Within the cartel, a multi-year dynamic continues even as members such as Iran and Venezuela press for a production cut. The truth is OPEC has not directly determined the global price of oil for some time now.

With less than 42% of the world's daily production, there is simply too much oil on the market not under the cartel's control. The United States and Russia are at top of the list of non-OPEC producers, meaning staggered pricing moves against both are hardly surprising.

Rather, the cartel's production objectives are met by determining the volume on the supply side. OPEC first determines what the overall global demand will be, then deducts the production from the outside. The result is something referred to as "the call on OPEC," which is then divided into monthly production quotas for each member.

That has created an ongoing tension inside the organization. The Saudi contest within the cartel has been against members who want to cut production (and thereby increase price), and are actually selling internationally above their determined quotas at the same time.

In this case, there is no stringent enforcement mechanism that compels members to comply with these quotas. That task has fallen onto Saudi Arabia as both the dominant OPEC producer and the world's primary source of excess export capacity.

Normally, Riyadh balances the performance of others, occasionally cutting its own exports to offset excess sales from other members.

But those days are over. Saudi Arabia is using its clout to undercut the trade evasions of other members. In addition, it also has related supply concerns from other producers. Libyan volume will be moving back into the market after the latest round of domestic fighting there.

Then there's the production in Iraq and Iran to deal with. Both are OPEC members. But Iraq has been without an official monthly production quota since U.S. military operations began in 2003. And despite its own domestic conflict with the insurgent Islamic State, Baghdad is poised to experience an expanding export flow.

Meanwhile, Tehran has been unable to meet its monthly OPEC export quota for some time, given the Western sanctions. Any breakthrough in negotiations on its nuclear program, however, could ease those sanctions and move a significant amount of Iranian crude back into global networks.

Against this backdrop, the Saudis are facing a reduction in their own market share as prices decline. That double whammy is a big blow for an economy that is dependent on importing just about everything besides oil.

But it's the third front, however, that has developed into their greatest concern…