Stock market futures for Friday, Nov. 7, forecasted a 26-point rise from yesterday's close on news that the unemployment rate dropped to 5.8% for a six-year low. Yesterday, the Dow Jones hit another record high, adding nearly 70 points on the day. The S&P 500 Volatility Index (VIX) - the market's volatility gauge - dipped another 3.5%.

Today, watch for how the market reacts to the jobs report. This morning, we learned that the U.S. added 214,000 jobs in October, signaling positive momentum in the U.S. economy. As the economic picture improves, investors are waiting on the Federal Reserve to provide more guidance on when it might raise interest rates. New York Federal Reserve Bank President William Dudley said this morning that he would welcome a rate hike, as it would be the sign of continued economic growth in the nation. 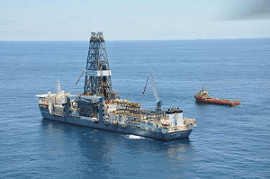 Here's a roundup of the top stock market news stories, plus our "Money Morning Tip of the Day."

Money Morning Tip of the Day: As of 2014, more than 52% of Americans have made a fatal trading mistake. They thought they were playing it safe by using this strategy, but the truth is... it cost them a lot of money. Today, our Capital Wave Strategist Shah Gilani - who has more than 30 years of trading experience - pulled back the curtain on one of the biggest threats to your money. If you learn this lesson, you'll never have to worry about losing money to it again...
Join the conversation. Click here to jump to comments…