With Ebola still rampaging across West Africa and cases popping up in the United States, it's clear that the virus is now a financial event.

That means we need to think about this logically.

And we also need to invest logically.

Over the past few weeks, we've watched as one "clinical stage" pharma firm after another has seen its stock price rise and plummet on rumors about who has the most likely Ebola vaccine.

I'm not taking you on any wild rides like that.

Instead, I want to introduce you to a solid big-cap company that is gearing up for a major Ebola drug trial and could have a product out in just seven months - and it would likely see hefty gains when its drug hits the market.

Now, before the crowd notices, let's take a look... 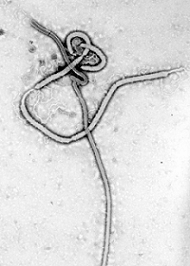 If ever there was a case study in the importance of following Rule No. 2 of my five-part Tech Wealth System, it's the speculation brouhaha surrounding possible new Ebola drugs. You'll recall that Rule No. 2 states: "Separate the Signal from the Noise."

As the media tries to handicap which biotech firm might get an Ebola compound on the market, they gloss over one key fact: It will be difficult for any of these small companies to scale up quickly.

Investing in small biotech firms sometimes does make sense. From my 30 years of experience in the biotech industry, I know investors can make a mint by picking up shares of under-the-radar clinical-stage firms before they receive U.S. Food and Drug Administration approval for new drugs.

These "Ebola stocks," however, are fully "on the radar." Therefore, they'll be highly volatile not only because markets are choppy and news-driven, but also because people are speculating on who the eventual winner will be.

Just look at Tekmira Pharmaceuticals Corp. (Nasdaq: TKMR). The stock of this clinical-stage firm is now up 33% over the past three months on the strength of non-Ebola drugs it has under development.

But in the month since its Ebola drug program became the focus of news, Tekmira is off nearly 20%. By comparison, the bellwether Standard & Poor's 500 Index is up 1.1% during the same time.

And this disparity understates how volatile shares of Tekmira have become. The company's stock gained nearly 16% on Oct. 3. But over the next two sessions it was off by 23%.

In fact, since the stock reached a closing high of $29.53 on Oct. 3, it's fallen 42.6% through Oct. 30. Buying this kind of rollercoaster at the wrong time could really hurt your portfolio.

Of course, some speculators and swing traders will profit greatly by playing the Ebola news. But these folks are mostly thick-skinned vets with plenty of risk capital they can afford to lose.

In my more than 30 years of knocking around technology and the life sciences, I have learned that you make the most money over the long haul by remaining focused and disciplined.

Which is why this "Ebola stock" is the far better bet...