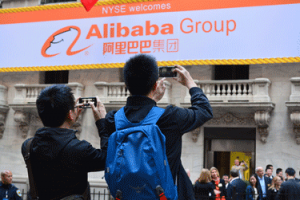 What to watch today:  Momentum for shares of e-commerce giant Alibaba Holding Group Ltd. (NYSE: BABA) is today's biggest story. Tomorrow is "Singles' Day" in China. The holiday, which was created to celebrate or lament being single in China, is the largest 24-hour online shopping event in the world. In 2013, Alibaba processed a record $5.8 billion in transactions on Singles' Day, crushing the $1.6 billion in sales during American online shopping event Cyber Monday. BABA stock is up more than 2% in pre-market hours on speculation that the company will shatter its previous record.

Here's what else you should know - including your "Money Morning Tip of the Day" - to make your Monday profitable:

Money Morning Tip of the Day: As of 2014, more than 52% of Americans have made a fatal trading mistake. They thought they were playing it safe by using this strategy, but the truth is... it cost them a lot of money. Today, our Capital Wave Strategist Shah Gilani - who has more than 30 years of trading experience - pulled back the curtain on one of the biggest threats to your money. If you learn this lesson, you'll never have to worry about losing money to it again...
Join the conversation. Click here to jump to comments…