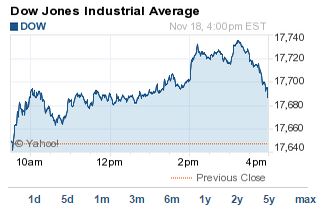 The Dow Jones and S&P 500 hit new records Tuesday, boosted by healthcare stocks. The Dow added 40 points after a fresh round of mergers and acquisitions fueled domestic optimism.

What Moved the Markets Today: Oil stocks remain battered and bruised as crude oil prices continue to decline on supply concerns ahead of a critical OPEC meeting. But falling energy prices couldn't stop upward momentum in the Dow and S&P 500 on new optimism after a series of deals in the healthcare sector.