Microsoft Corp. (Nasdaq: MSFT) is a laggard no more. 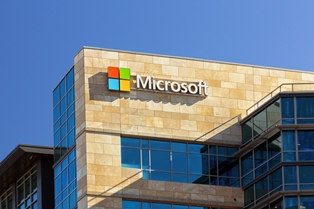 Back then Gilani liked that Microsoft paid a dividend that was likely to rise, and predicted a "shake-up" at the Redmond, Wash.-based tech giant that would propel MSFT stock to $50 before the end of 2014.

"Other analysts thought I was way out on a limb... swinging over a river of hungry crocodiles," Gilani said later. "They thought I was wrong because they believed that Microsoft couldn't change its ways. But I knew differently. As I said during a number of interviews, I knew Microsoft could change. In fact, I knew it had to change."

Just a little over a month after Gilani's original call, CEO Steve Ballmer announced he would retire in the next 12 months.

That paved the way for new CEO Satya Nadella to take over in February. And that's a huge reason behind MSFT's rebound...

Nadella's fresh approach has helped pushed Microsoft stock to Gilani's target price of $50, which it hit in intraday trading Nov. 14.

In April Gilani described the company as a "cash machine" when he again recommended investors buy Microsoft stock.

But now that it has hit $50, is Microsoft stock a buy? Or should investors take their profits and move on?

Gilani's answer may surprise you...