Tesla Motors Inc. (Nasdaq: TSLA) stock was up 1.1% in early trading today (Monday), after CEO Elon Musk said the company is discussing a partnership with the German automaker BMW.

According to a report by the German outlet Der Spiegel, the collaboration would include the development of batteries and lightweight components. 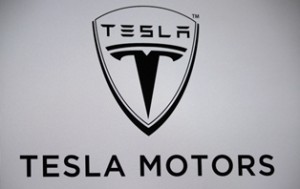 Specifically, "we are talking about whether we can collaborate in battery technology or charging stations," Musk told the German newspaper.

Musk also described BMW's parts strategy as "interesting" and "relatively cost efficient." BMW uses carbon fiber-reinforced parts in the body of its vehicles. The parts are used in BMW's i3 electric hatchback and its i8 plug-in hybrid sports car.

Neither automaker has provided further comment about the partnership. A Tesla spokeswoman in Germany simply told Reuters "the conversation between Elon Musk and BMW has been a casual conversation."

The move is consistent with Musk's approach to the electric-vehicle (EV) market. In June, Tesla and BMW discussed the possibility of designing universal charging stations. Those would power multiple brands of electric cars from the same port.

That same month, Musk opened up all of Tesla's charging patents to its competition. He reasoned that easier charging for customers would lift the entire market. The more popular electric vehicles become with consumers, the better Tesla Motors fares. And since we are still in the early stages of electric vehicle production, collaboration between major automakers is key.

TSLA stock liked today's news, initially moving up to $245.45. After several hours of trading, TSLA was hovering back near $243 per share.

Looking forward, today's BMW report is good news for TSLA. It may not have had a huge impact on the TSLA stock price, but it reinforces Musk's long-term vision.

It also reinforces the long-term value Tesla stock will give investors...