Good morning! Futures indicate the stock market today will rise from yesterday's close. The Dow and the S&P 500 are forecasted to increase on rising oil prices and another surge in Asian markets.

What to watch today: keep an eye on global commodity prices in today's trading session, as global oil, gold, and silver prices are all rising. In addition, markets could see a boost on rumors that the Chinese central bank is considering another interest rate cut in order to spur economic growth. Meanwhile, U.S. investors will keep a close eye on what's happening in Congress this week. According to reports, House of Representatives Speaker John Boehner is working with party leaders to devise a spending bill that would avoid a government shutdown. 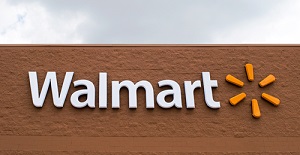 Money Morning Tip of the Day: On three other occasions in 2014, the S&P endured sell-offs of 4% or more. It's been downright dizzying. But for us, a ruckus like this can be a fantastic opportunity. Today, our defense and tech specialist Michael Robinson wants to share his secret "risk-busting" strategy that's perfect for such rough rides. It's just the tool you can use to turn a volatile market to your advantage. Click here to learn how to harness this strategy out on the range…
Join the conversation. Click here to jump to comments…