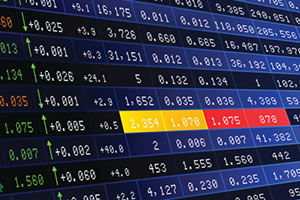 As for the IPOs of 2015, more than 120 companies are slated to go public. They are seeking profits in excess of $80 billion.

Here's a watch list we'll update as the year goes on…

1. PayPal Inc. – PayPal is a U.S.-based e-commerce business that allows consumers to make money transfers online. On Sept. 30, the auction site eBay (Nasdaq: EBAY) said its plans to turn its PayPal division into a spin-off company in 2015. Its decision to do so follows increased pressure from investors seeking to profit this offshoot company. EBay announced that the new company will go public in 2015 as well.

3. Aqua Metals Inc. – Aqua Metals Inc. recycles lead-acid batteries in a process more cost-efficient than smelting. The company announced on Nov. 10 that it closed a private placement of $6 million in convertible notes. It intends to use the proceeds for technology development and intellectual property portfolio strengthening. Aqua Metals expects to hold an IPO in 2015.