Germany, Poland, Venezuela, Ecuador, Mexico, the Netherlands, and Switzerland are just a few of the countries that have recently repatriated their gold or hosted movements to do so.

This growing trend provides a clue about gold in 2015 - and we'd be wise to track it very carefully...

Netherlands Repatriates 122 Tons of Its Gold

The Netherlands' central bank, De Nederlandsche Bank (DNB), recently had 122 tons of its gold shipped to Amsterdam from New York. 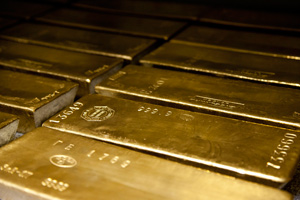 Here's what's really interesting about the repatriation of Holland's gold: It was only made public after the fact.

It's possible that Holland wants to prepare in advance of a potential future crisis.

In a recently released statement, the DNB said, "In addition to a more balanced division of the gold reserves... this may also contribute to a positive confidence effect with the public."

And Holland is not alone.

As I discussed recently, the Swiss gold referendum held last Sunday did not pass. In fact, a large and concentrated campaign against the initiative was mounted by both the government and central bank.

Their main arguments were that the conditions of the initiative would tie the SNB's hands, constraining its ability to maintain its current peg to the euro and to weaken the franc against other currencies should it be deemed necessary.

Although it didn't pass, the referendum may have had a profound effect on people, governments, and their central banks - and how they view their nation's gold.

The push to repatriate and shore up Switzerland's gold reserves looks to have inspired its neighbor France to bring home its own gold.