I've spent a lot of time talking about how to maximize your investment returns.

But there's another side to building wealth in the markets… keeping it.

Today I want to discuss how to reduce your tax bill with five simple tactics – moves you can make right now.

Most investors don't pay nearly enough attention to this and, as a result, pay a terrible price down the line. I've heard every excuse in the book over the years as to why but really it comes down to two things: 1) they think it doesn't matter unless you're a 1%er or 2) that this is just a subject for high-powered CEOs with billions sheltered offshore.

That's a shame because keeping more of what you make is a tactic regularly stressed in my Total Wealth publication, and it's every bit as important as trailing stops, free trades, or even lowball orders – all of which we've discussed recently. Maybe even more so.

In contrast to previous generations, the biggest problem we face today is not finding big winners – the markets are literally loaded with opportunity, if you know where to look like we do. 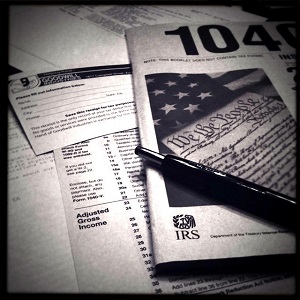 No, the biggest problem we face is the possibility of outliving our money.

The latest estimates suggest that by 2040 people will routinely be expected to live to 140. That's nearly double the 90 years of age used by even the most aggressive financial planners and insurance salesmen today. Living to 100 simply isn't that big a deal anymore.

We all need way more money than we used to.

Fortunately , with the trends, tactics, and risk management strategies discussed in Total Wealth, it's not that hard.

The other thing to think about is that 6.86% is not a pie-in-the-sky number. It's actually the true annualized return of the stock market since 1871. Capture a few 100% gainers, like we did with my Total Wealth recommendation, Ekso Bionics Holdings Inc. (OTCBB: EKSO), or like my Money Map Report subscribers just did yesterday with Becton, Dickinson & Co. (NYSE: BDX), and suddenly the $1.4 million jumps exponentially.

Unfortunately – and here's where these tactics come in – that means  Uncle Sam will show up every April with his hand out. The U.S. government is bound and determined to take what you earn away from you.

And it's getting worse.

Last year President Obama raised the maximum short-term capital gains tax rate to 39.6% from 35%. At the same time, he's boosted the top tax on dividends to the same amount. And, in a still more controversial move, he's also tacked on an additional 3.9% to pay for the Affordable Care Act, better known by its moniker "Obamacare."

Those increases may seem small in the scheme of things, but every one of these changes pushes your financial security further away.

That's why you want to make these five moves right now to ensure that you are as tax-efficient as possible so that you can legally keep what is yours… and build wealth for decades to come.