What to watch today: The U.S. stock markets continue to retreat on concerns about falling oil prices, ahead of several labor market indicators released today. On Monday, crude oil prices crashed to a new five-year low, slipping more than 4% on the day after Morgan Stanley (NYSE: MS) slashed its oil forecast through 2018. The investment bank said it expects oil prices to hit a new low in the second quarter of 2015. 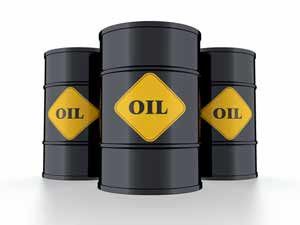 Investors will also turn their attention to macroeconomic problems happening in Europe and China. European stocks fell this morning, and China's Shanghai Composite dropped 5.4%. This morning, the Greek stock market fell more than 10% on news that the nation received a two-month bailout extension from Eurozone leaders and plans to move up its national elections by two months.

Here's the other stock market news to know today – including your "Money Morning Tip of the Day" – to make it a profitable Tuesday:

Money Morning Tip of the Day: The Saudis are frustrated they're losing control over pricing power they've held for decades. It's annoying them to no end. So, they're fighting back the only way they know how in an attempt to shift the balance back in their favor – by starting a price war with the United States. But our Chief Investment Strategist Keith Fitz-Gerald says they have  made the biggest strategic "pricing error" in the kingdom's history. And, in doing so, they've actually cleared the way for America's shale energy boom and opened up a killer opportunity for this month's recommendation in particular.
Join the conversation. Click here to jump to comments…