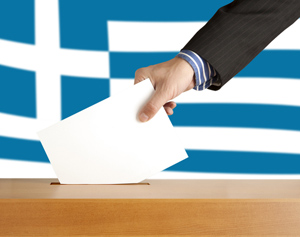 Today, investors will be keeping a close eye on global oil prices, which slid again on news that OPEC slashed its demand forecast to a 12-year-low. Concerns over the Greek economy have helped drive Germany's benchmark government bond yield to an all-time low. Meanwhile, keep an eye on Washington D.C., where Congress just avoided a government shutdown and agreed to a $1.1 trillion spending bill to fund the government through September 2015.

Money Morning Tip of the Day: How to Invest in the Tech Powerhouse Rising in Asia: The next biggest powerhouse for semiconductor production won't be found in Silicon Valley. Nor will it be in South Korea, Taiwan, or even China. No, it will be in Ho Chi Minh, as the Vietnamese tech economy continues to grow. Money Morning Executive Editor Bill Patalon has a way to play this surging tech growth in Vietnam…
Join the conversation. Click here to jump to comments…