Anyone who shopped online Thanksgiving weekend is now part of an incredible retail transformation - one that will translate into a profitable 2015 for e-commerce stocks.

Storefront retail traffic was down around 11% on Black Friday, but online shopping was up more than 17%. In other words, we've changed the way we've shopped.

Thanksgiving Day was Target Corp. (NYSE: TGT)'s best online day ever, with sales rising 40% over the previous year. And so many smartphone-wielding customers headed to Best Buy Co. Inc. (NYSE: BBY) that its website suffered outages all through the long holiday weekend.

It makes you wish you had bought into e-commerce stocks a decade ago, when online shopping was really taking off in the United States.

But there's a rare second chance out there to get in on the ground floor of another unstoppable e-commerce trend. It's already making gains of 45% a year - the kind that can make you truly rich.

If you're still not convinced of e-commerce's rise to power, a few more statistics here make my case. 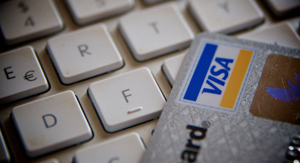 A recent survey by the National Retail Federation shows that more than half of Americans plan to do at least some of their holiday shopping on the Internet this year. The trade group reported that 126.9 million, or 52.3% of all American shoppers, said they intended to buy online on the Monday after Thanksgiving, known as Cyber Monday.

Clearly, investing in e-commerce sounds like it would fit into Rule No. 3 of my Tech Wealth Secrets: Ride the Unstoppable Trends.

However, domestic e-commerce is a mature industry now. At this point, the markets have priced growth into most U.S. e-commerce stocks.

Amazon.com Inc. (Nasdaq: AMZN) is a great example, trading at $326 a share despite its thin profits.

That's where spotting big, newly emergent trends comes in. Having analyzed and invested in technology for more than 30 years, I have a bit of an insider's edge there, a talent for identifying opportunities others miss.

And I've pinpointed China and other emerging markets as the spots on the globe where the e-commerce sector still has massive upside - where it still is, indeed, an unstoppable trend.

According to a new Morgan Stanley report, China is now the world's leader in online shopping.

Last year, China accounted for 35% of the $889 billion in global e-commerce sales. And Morgan Stanley estimates that Chinese online shopping will mushroom 80% by 2018, from last year's average of $1,040 per person to $1,880 per person.

As the brokerage puts it, China's e-commerce "mega-growth trend is still in its initial phase."

It's still on the ground floor we investors are always looking for.

When you consider investing in Chinese e-commerce, Alibaba Group Holding Ltd. (NYSE: BABA) is probably the first thing you think of.

However, Alibaba presents investors with a quandary. As impressive a company as this is, the stock only recently went public and is likely to remain volatile over the next few months.

That's why I think tech investors ought to take a good look at this instead:

I went on your site's BEST LISTS – but it seems like they are a tease!
I saw some ETFs mentioned – but I always like a list Please help! Judy