Remember when banks used to make it worth your while to deposit cash with them?

Heck, maybe you even remember such inducements as free toasters.

But in a reprehensible turn of events, now you - the depositor - are about to get toasted.

Thanks to U.S. Federal Reserve policies that are holding market rates down near zero, you're getting just a few basis points in interest (a basis point is one one-hundredth of a percentage point) on your cash deposits - and have been for several years.

It's bad enough that you're getting practically no yield on your savings. But now the big banks - those greedy fellows that we taxpayers bailed out from a crisis that they actually caused - are about to start charging you to deposit money with them.

There's so much money floating around that the biggest banks that are sitting on the most of it and can't - or refuse to - lend it out for any number of selfish reasons, now don't want it stuffing their vaults.

So big depositors - who already weren't earning anything on the savings they've asked big banks to hold and safeguard for them - will soon have to pay a fee for that questionable privilege.

There's a litany of disturbing elements to this tale. But the most galling is this: It won't be long before you and I are receiving notices of this unseemly new Big Bank tariff. 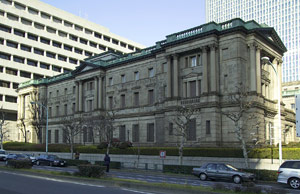 Welcome to the Brave New World of Central Bank Tyranny!

Sycophant central bankers here in the U.S. and over in Europe (and everywhere else, for that matter) have artificially manipulated interest rates down to nothing. That makes it possible for their masters - the big banks - to rack up record profits: They borrow from each other at one basis point and then go out and buy massive quantities of higher-yielding government bonds, cashing in on the "spread." The United States, European countries, Japan, China, and everyone else is happy, since they can keep running huge deficits.

In that equation, the banks don't need to make loans to us.

Still, we need a place to park our money.

But now the big banks are saying that they have too much cash and can't lend it fast enough. Of course, what they're not saying is that they don't want to lend it out to us at current low rates because, when rates rise, those loans will be "under water."

The banks are fat and happy making so much on their risk-free government loans (that's what the banks buying government bonds is all about; those bonds are nothing but cheap loans to profligate governments) that the extra money they have on deposit is starting to cost them profitability.

Yeah, you heard that right.

Here's where it gets a tad technical.

…can't thank you enough for this heads-up!