Recently I've been participating in high-level meetings in a place in London known as "The City."

More oil and gas deals are funded in this small section of London's financial district than anywhere else in the world.

Much of the conversation centered around three topics: low oil prices, OPEC's latest moves, and the massive short positions in oil futures that have combined to create the biggest pressures on the energy sector in a decade.

And that, in turn, has prompted some interesting moves among the major global money players...

What Low Oil Prices Mean to the World's Energy-Investing Elite 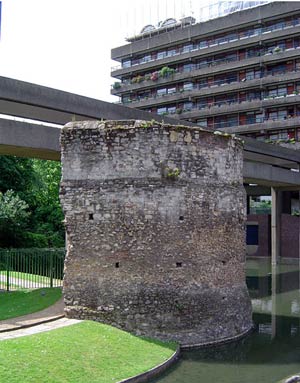 These are the folks who will decide what the energy market looks like over the next 12 to 18 months. They are also the reason I've been sitting in an 18th-floor conference room overlooking what remains of the "The Wall."

It was built by the Romans to protect Londinium, the empire's port and bastion. For over 1,500 years, "The Wall" limited the city's expansion and continued to delimit its geography. These days, there's not much left of it.

But symbolically, it does have has some relevance to what transpired in over two days of meetings.

Because, as the very substance of the energy sector changes, so, too, will the manner in which it is all financed. And that requires some defensive walls among the bankers with whom I've been meeting.

In these circles, I am usually called upon to provide geopolitical and time-sensitive risk advisories. However, this time around the conversation is moving quickly to another subject entirely.

While public attention remains fixed on OPEC, crude pricing, and the impact on American unconventional (tight and shale) oil production, the discussion in London is already moving to the next stage.

The one where the guys with the big bucks make the even bigger bucks.

As several around the table called it, it's the "next financing sequence," and it will unfold based on three interlocking developments.

In fact, one of them has already begun...