Our tech stocks forecast for 2015 features several "Big Idea" trends that Money Morning Defense & Tech Specialist Michael Robinson sees hitting their stride next year.
Robinson has worked as a consultant, senior advisor, and board member for Silicon Valley venture capital firms. He is Money Morning's go-to expert on all things technology, and he likes what he sees for tech stocks next year.

Recently, Money Morning Executive Editor William Patalon III sat down with Robinson to talk about his tech stocks forecast for 2015.
Here's a partial transcript of that discussion.

Patalon (Q): We spend a lot of time on the phone talking about tech investing, tech stocks, and tech trends. And I've gotten the impression you're more bullish about tech in the New Year than lots of other folks. Are you upbeat about tech? And why?

Michael (A): Indeed I am. The U.S. economy is still growing at a healthy rate. We have a boom for new cars and trucks, which are big users of high-tech items like chips, sensors, and software. 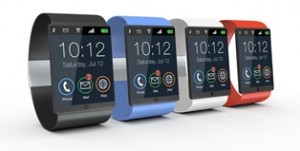 We also have a global aviation boom with a backlog of jetliners now approaching 10 years, meaning it would take that long to construct all the passenger jets that have been ordered. And again, jet aircraft are loaded with the best in high-technology - including advanced materials that save weight.

The mobile revolution is coming on strong and just really getting started in countries like China, the world's largest phone market that is gearing up for 4G. Europe also is transitioning from 3G to 4G and that bodes well.

Patalon (Q): What has you most excited?

Michael (A): What really gets me turned on about tech investing right now is just the sheer pace of innovation. I'll give you an example. I was at a meeting at Money Map Press [Money Morning's parent company] back in August when I once again talked about how we're on the verge of having neuronal networks that mimic the human brain and with enormous bandwidth.

The very next day, International Business Machines Corp. (NYSE: IBM) announced a huge breakthrough in neuronal chips, adding these could lay the groundwork for neuronal networks.

Patalon (Q): And what has you the most worried?

Very interesting. Can you elaborate some on Smart Clothing related opportunities?