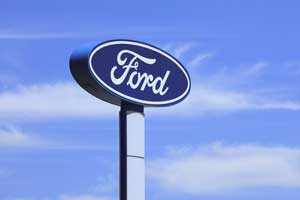 Today, investors will keep an eye on international events. Yesterday, Russia's central bank raised its key interest rate to 17% in order to stave off a crash in the country's currency, the ruble. This morning, the ruble jumped against the U.S. dollar. Meanwhile, factory production in China slipped in November, raising new calls for stimulus. The company's factory sector contracted for the first time in seven months. The softening of the factory sector has also weighed on oil prices as global demand is expected to be weaker than previously forecasted for 2015.

Money Morning Tip of the Day – Three Tech ETFs That Will Double Your Money: Our technology specialist Michael A. Robinson is forecasting a strong year for stocks – and especially tech stocks – in 2015. And folks who pick the "right" profit plays can do even better than the market. Today, Michael's going to show you how to grab those market-trouncing gains – with three profit plays that appear tepid on their face, but are actually high-octane claims on the hottest slices of Silicon Valley growth. To start profiting today, click right here.
Join the conversation. Click here to jump to comments…