Last week, I predicted a strong year for tech stocks in 2015.

But that doesn't mean every single one is going to be a winner in the New Year.

While I usually share those winners with you in this space, a big part of making money over the long haul is avoiding losers whenever possible.

With that in mind, let's take a look at 2015's three worst tech stocks.

Tread carefully, though - their numbers may terrify you...

If you've followed along with me even briefly, you know I'm optimistic about high tech and the life sciences - and the broader stock market itself, for that matter.

Indeed, the last five years have been great for investors across the board. The bellwether Standard & Poor's 500 Index is up more than 150% since the bull market began back in April 2009.

But now that we're hitting new highs, it pays to become even more selective in your investment choices.

I still strongly believe that tech will outperform the broader market next year. But there will be losers along the way, of course. And losing money on even a couple of stocks can really depress your overall profits.

Not surprisingly, the three stocks I want you to avoid violate Rule No. 4 of my five-part Tech Wealth Secrets system, which says to "focus on growth."

After all, stock prices tend to follow increases - or decreases - in earnings. All three of the stocks I want you to avoid have weak earnings growth.

Most Terrifying Tech Stocks of 2015 No. 1: SunPower 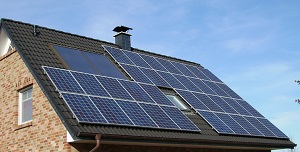 For 2015, SunPower Corp. (Nasdaq: SPWR) faces three big obstacles that make it a poor stock. Two are macro in nature, and one is company-specific.

First, the GOP will control both houses of Congress next year. I doubt that Republicans will repeal federal solar tax credits, but they may not renew this incentive when it expires in 2016.

Second, the energy sector is in turmoil as oil prices continue to fall. Oil is down more than 30% since last summer and looks to remain at depressed prices through at least the first half of next year.

In fact, it's an issue that affects the entire solar industry. Here's the problem...

Thanks a lot for sharing all of the awesome info! I am looking forward to
going over more posts!