Oil prices are struggling to stabilize in the wake of what some are calling a "black swan" event.

It refers to a theory popularized by Nassim Nicholas Taleb, a well-known risk analyst and statistician.

A black swan is an outlier, a development that fails to follow any normal pattern.

According to Taleb, a black swan event has three characteristics: 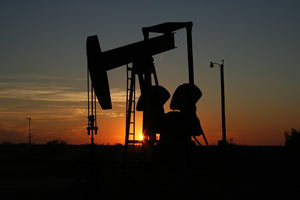 To put this theory into perspective, Taleb considered World War I, the breakup of the Soviet Union, and 9/11 as examples of black swan events, so these are hardly everyday occurrences.

Almost 15 years ago, Taleb applied this approach to the stock market and has been a regular on financial TV ever since, especially when things seem to be taking a turn for the worse.

As a consequence, this has led to the black swan being used as an "explanation" for all kinds of things. It's the obverse of the mantra "this time is different."

Oil Prices: A Fall That's Hardly "Out of the Blue"

Over the past couple of days, I have seen three separate prognosticators claim that the stunning fall of crude is a black swan event.

It isn't. But calling it one may be a good way of clouding up what really is happening.

First off, there were always indications on both the supply and demand side that matters were softening. Second, the OPEC non-decision on Thanksgiving to keep production levels unchanged was both predictable (from the Saudi perspective) and telegraphed in advance. Then, the orchestration of the talking heads commentary on the tube made the whole move "legitimate."

This is hardly something that emerged out of the blue. It's also not the stuff of a true black swan.

Unless, of course, there is another motive at work and the black swan becomes a convenient cover. Instead, this is what is really happening when it comes to crude oil prices.

Yes, there are traditional pressures driving down the price of crude oil. Rapidly increasing supplies and slower demand would have created a correction in oil prices in any event.

But dropping over $40 a barrel has required something else entirely.

if what you are saying about SWF shorting crude is real, we should expect at one point a short covering (easy to trigger by some talk about cutting production) as greed
will command…thks for bringing this manipulation to the open…you are the only one
so far to talk about it !