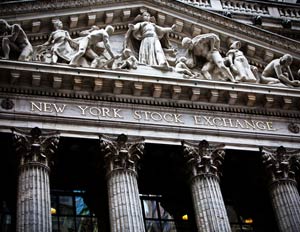 What to watch today: Investors will have an eye on the 18,000 mark for the Dow Jones, while paying attention to a slew of economic data. This morning, the U.S. Commerce Department will offer its third and final reading on third-quarter GDP. Though the previous reading suggested robust 3.9% growth for the quarter, consensus estimates among economists suggest the economy actually grew by 4.3%. Investors will also pay attention to the November report on new home sales, as the report will likely affect a number of homebuilder stocks during today's session.

Here's what else you should know about the DJIA today – including your "Money Morning Tip of the Day" – to make it a profitable Tuesday:

Money Morning Tip of the Day: Every investor is hardwired to do three things that kill returns. But if you understand what these costly behaviors are, recognize them in yourself, and learn to eliminate them, you can build wealth much more quickly. And you can absolutely beat the market. It's a tactic that ranks right up there with picking the right stocks and controlling risk…
Join the conversation. Click here to jump to comments…