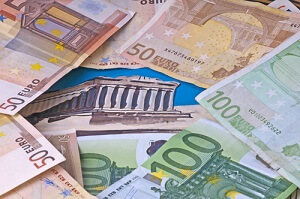 Today, investors will continue to keep a close eye on energy prices and turn their eyes to Greece, where the nation's parliament failed to approve the government's presidential candidate. This could spur early elections and fuel a rise of the anti-austerity Syriza party, which aims to cancel the nation's debt and spurn the European Central Bank and International Monetary Fund. The most watched piece of economic data today will likely be the Case-Shiller Home Price Index, which tracks residential real estate prices in 20 U.S. metropolitan regions.

Money Morning Tip of the Day: Gold and silver took roller coaster-like rides throughout 2014, both screeching toward their respective price lows before bouncing, albeit cautiously, ahead. With the benefit of hindsight and the value of foresight, it's time to look at how gold and silver behaved this year, and what we can do to profit in 2015. Let's start with the yellow metal…
Join the conversation. Click here to jump to comments…