Over the last couple of weeks, we've gone over what the tech landscape will look like in 2015.

Today, I want to show you which one Tech Wealth Secret will be your most important tech investing principle for the New Year.

First, I'm going to use this rule to illuminate three leading tech companies.

Then, if you use this rule correctly, you'll be quickly fattening your tech portfolio...

Like I've been saying the past couple of weeks, I see plenty of growth ahead for technology and the U.S. economy through at least 2015. Consider that U.S. industrial production in November rose 5.1% from the same month in 2013. 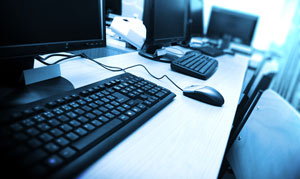 And that's why Rule No. 4 of my five-part Tech Wealth Secrets will be crucial for your investing success in the New Year. Rule No. 4 says to "focus on growth."

More than any other sector in the economy today, high tech offers us the best chance of finding quality growth firms that consistently beat the market.

To show you just how dramatic an impact higher growth can have on tech stocks - and your wealth - let's take a look at three high-profit examples.

The company makes chips that speed up data centers used for cloud computing. It's also a key supplier for the iPhone 6 from Apple Inc. (Nasdaq: AAPL).

No wonder Avago topped analysts' forecasts when it reported its fiscal fourth-quarter results on Dec. 4, sending shares up more than 8% that day.

In the days after that beat, Avago gave up some gains as the entire market came under pressure. But the growth trend is in its favor - over the past two years, Avago has beaten on earnings or raised forecasts several times, driving shares up 200% in the period.

Earnings growth is so key in this climate that even big-cap leaders can find their stocks in an uptrend when profits surge.