Taking one step closer to going live, the Winklevoss Bitcoin ETF filed an amendment Dec. 30 to its Securities and Exchange Commission (SEC) prospectus 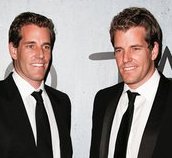 If approved, the aggregate value of the shares will be $20.09 million.

Officially known as the Winklevoss Bitcoin Trust, it's set up as an ETF (exchange-traded fund). The goal is to make it easy to invest in Bitcoin without buying the digital currency directly. It most closely resembles the popular SPDR Gold Trust ETF (NYSE Arca: GLD).

The offer price is surprisingly low considering that each Winklevoss Bitcoin Share is designed – according to the SEC filing – to represent one-fifth of a Bitcoin. One-fifth of the current Bitcoin price of about $315 is $63.

The latest amendment to the Winklevoss Bitcoin ETF comes 18 months after the initial filing of the S-1 form in July 2013. But investors will need to wait a while longer before they can buy any Winklevoss Bitcoin Shares. The filing mentions neither a launch date or expense ratio.

Previous filings revealed the Winklevoss ETF will trade on the Nasdaq exchange under the symbol COIN, giving it the ticker "Nasdaq: COIN."

Last summer many had expected the Winklevoss Bitcoin ETF to win SEC approval before the end of 2014. But now approval still appears months away at best.

Related: Investors who don't want to wait for the Winklevoss Bitcoin ETF can buy their own bitcoins. Here's a complete guide on how to do it…

The Winklevoss ETF is in a race with SecondMarket's Bitcoin Investment Trust to become the first Bitcoin investment vehicle available to the retail investor.

The Winklevoss Bitcoin Trust is the brainchild of the Winklevoss twins, Cameron and Tyler. The pair is best known for suing Facebook Inc. (Nasdaq: FB) founder Mark Zuckerberg for $140 million for taking their idea for a social network.

And just one month ago, Winklevoss Capital, a venture capital fund run by the twins, created a syndicate on AngelList. It is expected to invest mostly in Bitcoin-based startups.

Cameron and Tyler are scheduled to talk more about the Winklevoss Bitcoin ETF at the Inside ETFs conference in Florida at the end of this month.

Bitcoin Forecast 2015: While 2014 was a rocky year for Bitcoin, a lot of positive things happened away from the spotlight. And those powerful trends have set the stage for some big leaps forward in 2015. Here's why this year will be pivotal for Bitcoin…