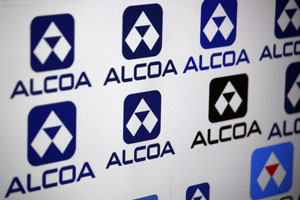 Today, investors will react to ongoing geopolitical tensions across Europe, Asia, and even South America. Falling oil prices continue to weigh on the Russia economy. On Friday, Fitch Ratings downgraded Russia's sovereign rating to BBB- from BBB, placing it just one notch above junk status. Meanwhile, the markets will be keeping an eye on Japan. Yesterday, the nation's government proposed a record budget of $800 billion for the 2015 fiscal year. The fourth-quarter earnings season also officially kicks off today as aluminum giant Alcoa Inc. (NYSE: AA) announces results today.

Here's what else you should know about the stock market today – including your "Money Morning Tip of the Day" – to make it a profitable Monday:

Money Morning Tip of the Day: After dictating the course of oil prices for more than 50 years, OPEC is finding its influence diminished. OPEC's oil ministers can read the handwriting on the wall as well as anyone. Not only are they about to lose the largest energy market in the world, but they'll soon be competing for the markets that used to be theirs for the taking. Because in 2015 the United States will start pulling the strings… Here's how you can profit off this major shift next year…
Join the conversation. Click here to jump to comments…