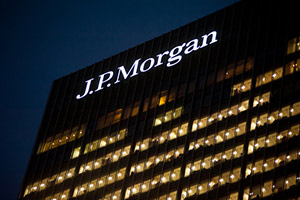 Stock market futures for Wednesday, Jan. 14, forecasted a 23-point decline against yesterday's close. The Dow Jones rallied nearly 300 points in early trading hours on Tuesday before reversing and finishing down 27 points. The downturn was fueled by Brent crude prices falling another 1% on the day. Crude oil prices are down nearly 15% over the last two weeks.

Today, investors will react to earnings reports from banking giants Wells Fargo & Co. (NYSE: WFC), JPMorgan Chase & Co. (NYSE: JPM). It's also important to pay attention to reaction from the World Bank's global growth outlook from yesterday. The D.C.-based institution argues that the U.S. economy's recovery and falling oil prices will not be able to offset concerns in Europe, China, and South America. The World Bank says that the global economy will grow 3% a year, a decrease from previous estimates of 3.4%

Money Morning Tip of the Day: After dictating the course of oil prices for more than 50 years, OPEC is finding its influence diminished. OPEC's oil ministers can read the handwriting on the wall as well as anyone. Not only are they about to lose the largest energy market in the world, but they'll soon be competing for the markets that used to be theirs for the taking. Because in 2015 the United States will start pulling the strings… Here's how you can profit off this major shift next year…
Join the conversation. Click here to jump to comments…