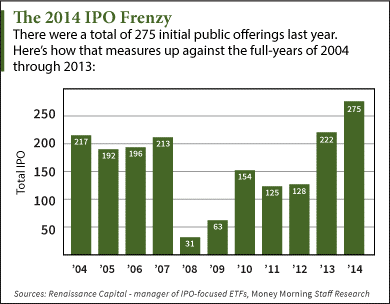 Tech IPOs in 2015: Wall Street is coming off a great year of initial public offerings. In fact, 2014 saw more IPOs than any year since the height of the dot-com era in 2000.

"While various global events, such as Russia's incursion into the Ukraine and conflicts in the Middle East, caused nervousness in global markets, they largely failed to disrupt the U.S. IPO apple cart," Renaissance Capital experts told Business Insider.

But it won't stop there. The tech sector should continue to dominate the 2015 IPO landscape.

That's why we're keeping an eye on the biggest tech IPOs in 2015.

Here's a look at 15 companies with a real or rumored valuation of at least $1 billion to watch this year... 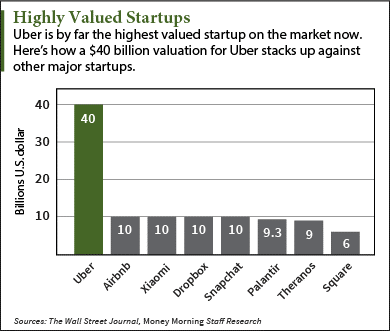 Tech IPO in 2015 No. 1: Uber Inc. is by far the highest valued startup on the market right now. For investors, the biggest appeal is the untouched market it's disrupting. There's hardly been any competition in the taxi industry up until now. With Uber, consumers have a third option besides taxis and private car services. The company raked in about $213 million in revenue in 2013. According to the company, revenue has been doubling every six months. Uber also boasts an annual growth rate of nearly 145%. Since 2009, Uber has raised $2.8 billion in funding. It's currently valued at $40 billion. Uber will likely put off an IPO until later this year to address recent scandals that could deter investors.

Tech IPO in 2015 No. 2: Spotify has become a worldwide leader in music streaming. In November, the service had 12.5 million paying subscribers worldwide. That's up from 6 million in 2013. The number of non-paying subscribers is four times that at 50 million.

Spotify's service is available in 57 different countries. There are roughly 1.5 billion music playlists that have been created on Spotify. Compared to other services, the company has the "paid subscriber" demographic in the bag. Pandora has twice as many listeners as Spotify, but Spotify triples their amount of paid listeners.

Money Morning Members: Continue reading for more tech IPOs in 2015. For those new to Money Morning, sign up to keep reading - it's completely free...