The 2015 State of the Union Address (scheduled for Tuesday, Jan. 20 at 9:00 p.m. EST) has investors across the country awaiting President Obama's new tax policy.

The new tax plan is without question the biggest issue tonight. The president is reportedly looking to raise an additional $320 billion in taxes. 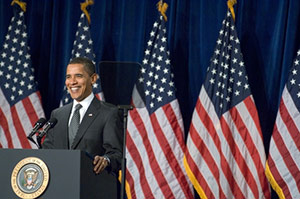 Aside from taxes, other big topics on the table include U.S. markets and unemployment. Since last year's State of the Union Address, the Dow Jones is up 6.4%. The jobless numbers have gone from a 6.6% unemployment rate in January 2014 to 5.6% as of December 2014.

Also to be discussed will be new cybersecurity plans, income inequality policies, and retirement planning.

This is President Barack Obama's sixth State of the Union – but it's the first time he'll deliver the speech to a Republican-controlled Congress. There's no doubt he'll hear less applause from Congress than he has in his five previous addresses.

Not a Money Morning Member? Take a couple of seconds to sign up to see the five other must-watch topics in today's SOTU. Membership is completely free…