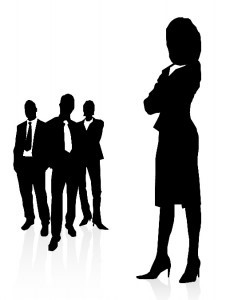 Some say the business world is a "man's world" - but try telling the richest women CEOs that. You'll probably get a nice laugh in the face.

Just see how much the richest women leaders in business today are worth. Pair this with their power positions and you have five forces to be reckoned with...

Five of the Richest Women CEOs in Business Today

As CEO of Epic Systems, Judy Faulkner is among the richest women in America. Faulkner has a bachelor's degree in mathematics and a master's degree in computer science from University of Wisconsin. In 1979, she founded Epic Systems, a privately held software company that sells electronic health records. About half of the population in the United States will soon have its medical information stored in Epic software.

The company has plenty of huge clients, including Cleveland Clinic, CVS Health, and Johns Hopkins. Epic Systems recently announced a partnership with Apple Inc. (Nasdaq: AAPL) that allows patients to share information stored in healthcare apps with their physicians.

Faulkner does not believe in marketing. In fact, Epic Systems hasn't run a press release for 18 years. The only marketing the company has sponsored was a single billboard with the phrase, "Marketing Sucks... Epic Systems" written on it.

Sound the Alarm! Spending on cybersecurity is expected to increase 5% per year over the next decade. Tech stocks in this sector are going to see a boatload of upside. Here's how you're gonna make bank too...

Formerly the CEO of eBay Inc. (Nasdaq: EBAY), Meg Whitman is now CEO of Palo Alto, Calif.-based Hewlett-Packard Co. (NYSE: HPQ). Whitman earned an MBA from Harvard Business School, then worked at Hasbro, Stride Rite, and the Walt Disney Co. before becoming CEO of eBay in 1998. She maintained the position for 10 years, where she accumulated much of her fortune.

Whitman joined Hewlett-Packard as CEO in 2011. She has since been working diligently to reinvent Hewlett-Packard, and so far Wall Street approves; shares rose more than 46% in 2014 alone.

Whitman originally planned on becoming a doctor, but was attracted to marketing and business instead. She was a talented athlete in high school, playing field hockey, lacrosse, and basketball, as well as serving as captain of her swim team.