Last week's Swiss National Bank shock, which reversed a key monetary policy, was a perfect reminder of how a single decision can hammer the global indexes like a tsunami.

On Thursday the Swiss National Bank (SNB) removed its "cap," under which 1 euro could buy no less than 1.2 Swiss francs.

In one day the franc soared more than 30% against the euro and the U.S. dollar. That instantly made Swiss exports 30% more expensive. The Swiss stock market fell 9% on Thursday and another 5.2% on Friday. 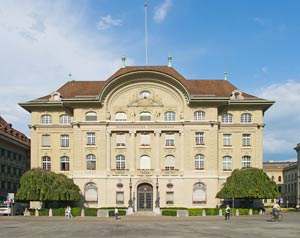 But forex traders got the worst of it.

Trusting that the long-standing Swiss National bank policy would not change, currency traders bet against the Swiss franc. They assumed a declining euro would not cause the trade to fall below 1.2, thanks to the cap.

But because traders with a Forex brokerage account can take their leverage to incredible levels, a major shift in currency valuations can lead to dramatic gains - or extremely painful losses.

And that's exactly what led to the crash of broker FXCM Inc. (NYSE: FXCM) on Friday. Several other small foreign exchange trading firms also were slammed.

Yet all the turmoil could have been prevented if the world had learned the lessons of the 2008 financial crisis.

Let's dig into the details of last week to find out what the Swiss National Bank shock can tell us.

One Thing the Swiss National Bank Shock Made Clear

When the Swiss central bank ended its cap, it made big losers out of anyone shorting the Swiss franc.

The world's largest foreign-exchange broker, FXCM, saw its shares fall 85% in pre-market trading. Ultimately, the New York Stock Exchange halted the stock as the company attempted to sort through the rubble and explain what had happened.

The official report indicates that the brokerage's clients owed the exchange $225 million because of the losses, but there wasn't enough capital to obtain. As a result, the firm immediately had a massive negative equity balance. Now it doesn't have enough cash on hand to meet its regulatory capital requirements.

Reports are also emerging that Citigroup Inc. (NYSE: C) lost roughly $150 million and fired its head of European FX trading operations after the Swiss National Bank ended its cap on the Swiss franc.

But why did the Swiss National Bank shock have such a shattering impact, and more importantly, what can we learn from it?

That is true, I was just checking conversion rate http://currency.wiki/1eur-chf and its 0.98 now :(