The U.S. Securities and Exchange Commission, the undisputed top cop on the Street beat, has its work cut out for it. After all, the SEC enforcement squad has to juggle what and whom they go after because they don't have unlimited resources.

We all get that.

What I don't get is why they drop the ball on some of the biggest schemes staring them right in the face.

They're not always orderly, and the truth is they aren't fair.

The folks at the SEC know this. So why have they taken so long to do so little about it?

They say they're making progress.

Here's why you can't believe that...

The UBS Dark Pool Fine Is Just a Limp Reprimand 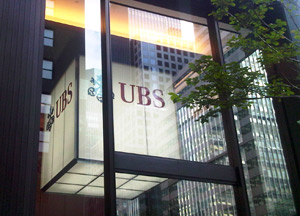 Last week, with some fanfare because it was the largest fine in such a case, the SEC came down on UBS Group AG (NYSE: UBS) for not following the rules and regulations that make markets fair and orderly - and also for not being honest to its clients.

The record fine was all of $14.4 million (not billion). Maybe that's why you didn't hear about it. It wasn't newsworthy.

The SEC slapped UBS, which runs the second-largest dark pool in the country, on the wrist for violations that occurred from 2008 through 2012. During that time, UBS's dark pool offered select market-makers and high-frequency trading desks illegal order-types. Additionally, UBS broke promises to its own clients, who were told their dark-pool trading data would be strictly confidential.

Because the minimum increment at which stocks can trade is $0.01, it is illegal to submit orders in increments of less than a penny. But that's what UBS allowed its favored clients to do. Not everyone mind you, just select market-makers and HFT traders. That's illegal because bidding or offering at less than a penny moves those orders up in line ahead of pending orders by others who abide by the rules.

What's worse is how UBS broke its clients' anonymity...