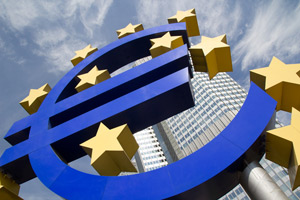 U.S. stock futures for Thursday, Jan. 22, forecasted a 70-point increase from yesterday's close. The Dow Jones rose 39 points yesterday ahead of today's critical announcement by the European Central Bank on its stimulus plans. But the Dow's gains were capped by a decline in International Business Machines Corp. (NYSE: IBM) stock, a key index component.

Today, investors jumped on an announcement by Mario Draghi and the European Central Bank (ECB). Just this morning, the ECB launched a massive bond-purchasing program to help kick-start the struggling continent's economy to the tune of 60 billion euros a month, up from the 50 billion euros a month that many had anticipated before the announcement. The bank also kept interest rates unchanged.

Money Morning Tip of the Day:  U.S. auto sales were up big in 2014 and are expected to stay strong in 2015. Oil prices have collapsed and are expected to stay low, fueling demand for pickup trucks, SUVs, and RVs... Indeed, signs of a boom time for the American auto industry appear aligned, but auto stocks are trading at depressed values compared to the rest of the market. Are auto stocks ripe to buy, or are they simply a value trap? Here's the real answer.
Join the conversation. Click here to jump to comments…