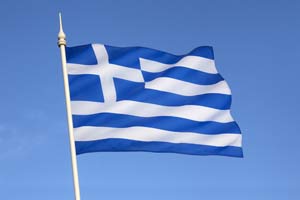 What to Watch Today: Keep a keen eye on Greece. Over the weekend, Greek voters gave power to its far-left, anti-austerity party Syriza. The party, which received 36% of the vote, has promised to renegotiate terms of the nation's harsh bailout terms. Leaders across Europe have shared their concerns about the state of Greece's economy and how its new leadership is expected to affect the wider Eurozone.

This morning, UK Prime Minister David Cameron tweeted "The Greek election will increase economic uncertainty across Europe. That's why the UK must stick to our plan, delivering security at home."

On the home front, the market is expected to react to a number of mergers this morning, as companies continue to consolidate in order to boost market share and reduce costs.

Money Morning Tip of the Day: Looking at the "Big Four" in the U.S. banking sector, one might think the sector is undervalued. But that conclusion may be a bit misleading. Make no mistake - by traditional measures, banks look cheap, and their stocks could do fine until the next financial crisis. But that's the problem. Looking at banks that way ignores the elephant on their balance sheets, and the potential damage to our portfolios. Here's what's really driving this critical economic sector into a "buyer beware" investment category...
Join the conversation. Click here to jump to comments…