Think back to last fall.

The Alibaba IPO remained the world's top business story for months on end because of the immense amount of wealth it drew in and then created.

This was an early-stages opportunity in a tremendously high-growth business - e-commerce - in China, the world's fastest-growing large economy.

Now, imagine you'd known how to invest in Alibaba before that IPO.

Today, I'm bringing you just that sort of opportunity.

With China slowing down, India and its 1.25 billion people are poised to become the world's fastest-growing big economy.

And that's why I was thrilled to discover the "secret" play that insiders are using to invest in the "Alibaba of India" years before its IPO.

Lunch with an Insider

We can thank Kevin Carter for this find.

I recently had lunch with Carter, the chairman and CEO of the San Francisco-based Big Tree Capital investment management firm, to discuss tech investing philosophies - and the ways he's discovered to get in early on India's most exciting company. 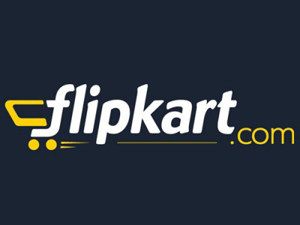 Carter is one of the world's leading authorities on investing in tech firms in high-growth markets like China, India, and Argentina.

And during that lunch, Carter couldn't stop talking about the best e-commerce opportunity in India. He calls Flipkart Internet Pvt. Ltd. the "Amazon.com of India."

Launched in October 2007 as an online bookstore, Flipkart is now the second-most-populous nation's leading e-commerce marketplace.

And while Flipkart has a long way to go to reach Amazonian strength, it's growing fast.

In July, Flipkart completed a $1 billion round of venture funding. That raises its pre-IPO valuation to $7 billion. (Flipkart plans to make its IPO in the next two to three years.)

Now, before I share with you the hidden play that allowed Carter to invest in Flipkart, let me tell you a little more about him.

EMQQ trades on the PSE and volume is 6k. Both make this "next alibaba" rather high risk?