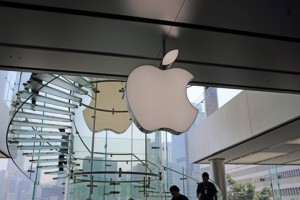 In recent weeks, analysts have scrambled to upgrade their forecasts for the Q1 Apple earnings. The consensus earnings per share (EPS) forecast has risen from $2.52 to $2.59 over the past 60 days.

The only thing that could dampen Apple's results is the stronger U.S. dollar. But Apple can't do much about that.

Overall, the Q1 AAPL earnings will show a company hitting on all cylinders.

The numbers: In addition to EPS of $2.59, analysts expect revenue of $67.5 billion according to Yahoo! Finance. The EPS number represents a 25% increase over the same period a year ago. The revenue number would be a 17% increase year over year. Those growth numbers are pretty darn impressive for one of the largest companies in the world. But Apple is likely to beat them both handily.

The last quarter: In its Q4 earnings, Apple reported earning $1.42 per share, beating the forecast of $1.31. It was a 20% increase year over year. Revenue was $42.1 billion, up 12% from the previous year. Wall Street had forecast revenue of $37.5 billion. The strong quarter was driven by higher-than-expected iPhone sales.

The stock: Apple stock definitely got its mojo back in 2014. AAPL soared 43.45% in 2014, and was up more than 14% in the December quarter alone. The company pays a dividend of $1.88 for a yield of 1.70%. How far AAPL stock advances in 2015 depends on the continued success of the iPhone as well as the impact of the Apple Watch and Apple Pay.

But the Q1 AAPL earnings will set the tone for 2015. Here's what to expect: