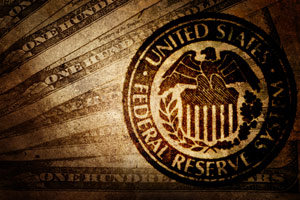 Today, investors are awaiting word from the Fed Open Market Committee. The markets will be paying attention to how the central bank is planning to address interest rates in the coming months. In Europe, an historic stimulus program is on tap to combat deflation threats for the world's largest economic bloc, while an anti-austerity party has taken control in Greece.

Money Morning Tip of the Day: Looking at the "Big Four" in the U.S. banking sector, one might think that the sector is undervalued. But that conclusion may be a bit misleading. Make no mistake - by traditional measures, banks look cheap, and their stocks could do fine until the next financial crisis. But that's the problem. Looking at banks that way ignores the elephant on their balance sheets, and the potential damage to our portfolios. Here's what's really driving this critical economic sector into a "buyer beware" investment category...
Join the conversation. Click here to jump to comments…