Apple Inc. (Nasdaq: AAPL) just reported the biggest quarterly profit ever for a public company – $18 billion in net income over the last three months of 2014. And CEO Tim Cook says his company made a "staggering" number of iPhone sales during that time – 74.5 million.

And already a lot of folks in the media and on Wall Street are asking this question: What's next?

For once, that's exactly the right question to ask.

After all, stocks are "discounting" mechanisms, meaning their valuations are based on expectations of the future. 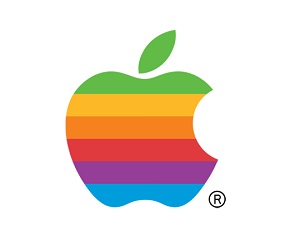 But instead of looking at the picture clearly, the media is making Apple shareholders worry that smartphones have reached their peak – and Wall Street seems to think the company has become too dependent on iPhone sales.

First of all, neither of those worries is based in fact. Second, beyond iPhones, Apple has in place several catalysts for continued strong growth.

Today, I'm going to show you the three reasons why Apple is still on target.

And why you'll keep getting rich…

Best Quarter Ever Is Just a Start

Not to boast – well maybe just a little – but I have been a consistent bull on Apple for some time now.

After all, I made that $1,000 share-price prediction 15 months ago, back when most analysts were doubtful of CEO Cook's potential and bearish on his company.

But these incredible quarterly earnings prove what I've been saying all along – this is a tremendously large company that still has a lot of upside.

At this point, Apple's smartphones could soon gain global dominance over Samsung Electronics Co. Ltd. (OTCMKTS: SSNLF). That's significant because the South Korean company became the world leader in smartphone sales back in 2011.

But in the quarter ended Dec. 27, Samsung sold roughly the same number of phones as Apple. All of which has many on Wall Street suggesting that Apple is now too dependent on iPhone sales.

Yes, smartphones accounted for nearly 70% of revenue. But remember Rule No. 2 of my five-part tech investing system, which says to "Separate the signal from the noise."

All that "concern" from the media and Wall Street is "noise."

Here's the "signal": Apple will continue to grow beyond iPhone sales thanks to catalysts in at least three sectors.