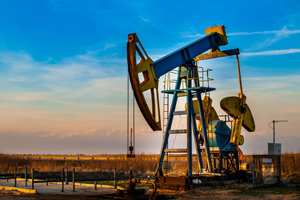 What to Watch Today: This morning, optimism for a debt deal between Greece's new left-wing leadership and the European Union boosted the markets. According to Reuters, Greek Finance Minister Yanis Varoufakis traveled to London to offer reassurances to private investors that the country would honor obligations to privately held bonds in an effort to reduce losses. The minister said he was not attempting to begin a fight against Brussels for a new debt agreement.

Investors will also react to planned production cuts from one of the world's largest energy companies. Finally, they'll look for clues on when the U.S. Federal Reserve could raise interest rates during two speeches by members of the central bank.

Here's what else you should know about the stock market today - including your "Money Morning Tip of the Day" - to make it a profitable Tuesday:

Baker Hughes reported Friday that the U.S. oil rig count dropped to a three-year low of 1,223. That's a 94-rig decline - the biggest weekly drop since the oilfield services company started collecting data in 1987. This news contributed to Friday afternoon's 8% spike in oil prices.

Meanwhile, demand for crude oil has been steadily climbing since 2009. Worldwide liquid fuel use will grow to 119 million barrels per day by 2040, according to the Energy Information Administration. That's a 30% gain over the next 25 years.

Given the increase in future demand, something has got to give. As the rig count falls, supply will become stretched too thin. At that point, higher oil prices are a given. Friday's 8% rally is just the beginning.

For more insight - and profit plays - on the 2015 oil market, here's our full forecast.