Hydrogen has always been an intriguing alternative energy source.

Pound for pound, it contains almost three times as much energy as natural gas, and when consumed, its only emission is pure, plain water.

The problem with this "miracle fuel" has always been the price.

The capital expenditures required to transport, store, and deliver hydrogen in large commercial volumes are staggering.

Even after improvements in the prototype models, it still costs almost $200 million per mile to move the fuel in a properly encased pipeline. And without the infrastructure, there won't be a "hydrogen economy." 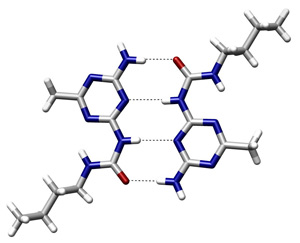 But that doesn't mean hydrogen as an energy source is completely without merit - far from it.

In fact, aside from local generation for local use, hydrogen may now be on the verge of solving one of energy's biggest obstacles.

It's the problem of storage, and a new "hydrogen battery" may just hold the key...

Of course, as many of you know, I have been arguing in favor of a wider energy balance for years now. This approach emphasizes a greater number of available energy sources, while also improving their interchangeability.

The objective is to create as seamless an energy fabric as possible, using multiple flows of energy to meet demand with a result of increased efficiency.

This forward-looking equation is going to require more renewable energy sources, especially solar and wind. You see, unlike other approaches, mine does not require a "silver bullet."

It's not dependent upon the development of a new source of energy to wean society from crude oil. Rather, the goal is to integrate all of the available energies into a flexible whole.

In this case, the more genuinely distinct energy sources a system has, the better.

There's only one problem: the elusive ability to store energy for later use. This shortcoming is true across the board when it comes to generating electricity, but it's especially problematic for wind and solar power.

This single limitation is the biggest roadblock to efficiently delivering electricity on demand from a range of sources, including renewables.

In turn, that has created a race to develop a high-volume battery, which would have a huge impact on how much energy costs and the ease with which we can use it.

And that's where hydrogen may prove to be the decisive key.

The electricity retrieved from the hydrogen-storage system proposed by Toshiba is still subject to energy losses of up to 30% in going over the grid to the consumers' premises.
So a more promising approach is to put storage into the consumer premises, since on average, wind or solar will be consumed locally without long-distance losses. If the electricity is used for heating, low-tech storage heaters can be installed in spare rooms, or in an insulated pit behind the house, or under the ground-floor floorboards. In the windy states, I gather such storage schemes are then supplemented by air-to-air heat pumps drawing warm air from the storage, which effectively multiply the storage capacity.
Electricity storage is harder, but consumption is much lower, and is predominantly in the evenings so only 6 hours storage is required. This is already within the storage capacity of lead-acid batteries, but clearly hydrogen storage might be cheaper if the safety aspect can be improved. So Toshiba should be working on smaller systems. I think it is still more economically attractive to charge the lithium battery in the electric car whilst parked at work, and to draw-down a fraction of its capacity in the evening when it is plugged into the house network. In 20 years time, there should be a lot of electric cars about, and Tesla claims to be able to halve battery costs and double their capacity. Super-capacitors are already being used on buses in China to power for up to
10 minutes between recharges at bus-stops. These could easily be dropped down under floor-boards, or even installed in the loft, since they are light. I believe they have a lifetime measured in decades.

With solar energy you don't need a battery, just sunlight. Seems to me that you just hook up your microwave, oven, heating etc individually to their own corresponding solar collecting plate and then seek to keep the plate clean, just like a solar watch, but I could be wrong?

So which company will roll this out to market

"The Flying Machine" is a short story written by Ray Bradbury in 1953. Bradbury also adapted the tale into a short play that same year.

This story is set in China many centuries ago, where a servant to the emperor Yuan notices a man that has created a contraption for flying. Emperor Yuan is not at all happy when he asks the inventor his purpose in creating such a device and is told that the inventor's motivation was merely the desire for innovation. Thus Yuan orders that the inventor shall be executed because, while his flying machine may be a beautiful creation, the emperor sees the devastating potential for those who "have an evil face and an evil heart" and will seek to use it for purposes other than the enjoyment of flight, namely flying over the Great Wall of China (which he himself created) and destroy it. For this reason, the inventor is executed, the flying machine burned, and all who saw it are silenced. But in the last line the Emperor mourns the loss of the machine, the marvel of which he appreciates but the danger of which is too great to allow its survival.

In short, HHO as a fuel has been done. Hydrogen, Hydrogen Oxygen – HHO in water form is very safe to transport, so, the real question is how can you use it as you make it? That has been done by me and by Stan Meyer. I studied Stan's work, he got his dune buggy funning on water – HHO. Stan taught NASA how it works. Stan, like me, was inspired to try water as a fuel source back during the gas lines. Stan made it, I was still trying to make Hydrogen Separators that could produce "useable" amounts (for cars and trucks). Now with my work on Nicola Tesla's research, I know water can be used to power your homes energy needs and all transportation as well as industry. When HHO burns it burns over 10,000* yes hot enough to "superheat" water to use as steam for energy production. Well, my education cost me boat loads of money, but to me it was worth it and I hope you do it to, good luck. Oh, if you do make it, stay off TV, yeah it's safer.

I agree that more efficient energy storage is one of the real big stories in the near future. Any company offering good products in this field is bound to generate enormous profits. But I also agree to John Browns remarks concerning small scale decentralised solutions. Nobody needs mega storage with huge and expensive pipe systems too vulnerable to horror accidents, let alone terrrorist attacs. Whereas small scale secure energy storage systems integrated into a smart grid with smart meters (measuring both energy input and output) will be warmly welcomed by customers.

Keep the government out of energy development !!!They know zilch about it except to destroy it. What was the best fuel efficient gasoline product since the start of internal combustion engines was doomed by California's Boo Hooing over they're water supply being contaminated from the Miracle Additive" MTBE", that made gasoline more efficient and cleaner burning at the cheapest cost ever! The problem wasn't the MTBE, it was with California's non protection of under ground service stations tanks leaking into the environment and they're open pit water reservoirs collecting any and all air and ground contamination, simple as that. So the "government", replaced it "ETHONL", the worst additive ever!!! Its ineffient, non cost effective, destroys many car parts from it corrosiveness effect, and fouls small engines with the instability of the ETHENOL . It caused food products to increase do to the removal as a food source, and is a double subsidised federal cast past on to consumers ! How fragging dumb is this government!!!

As for the Toshiba development, is this not pretty sim,flat to what Hydrogenics has been doing very successfully, combining fuel cells with electrolysis of water and storing the hydrogen.
As for Kevin, in the comments section, will someone please give him a short course in Chemical Thermodynamics. You get energy out when H is oxidized, not he other way around!!