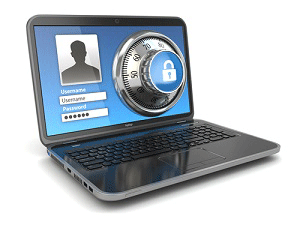 Cybersecurity stocks just got a huge "Buy" sign this week from Washington...

When U.S. President Barack Obama delivered his budget proposal Monday, he called for a $14 billion to boost cybersecurity efforts. The Pentagon alone has requested $5.5 billion in funding for cyber defense.

While the budget will be picked apart by republicans, cybersecurity spending is one area that will remain a priority for both parties.

Wednesday's news that there was a cyber-attack on health insurer Anthem Inc. stresses the importance of cyber defense. America's second-largest insurer reported hackers had accessed the personal records of 80 million customers. That means the insureds' names, addresses, birthdays, and social security numbers have all been exposed.

Money Morning's Small-Cap Investing Strategist Sid Riggs knew the push for cybersecurity was coming. He detailed the investment opportunity to his readers in the latest issue of our Money Map Report. 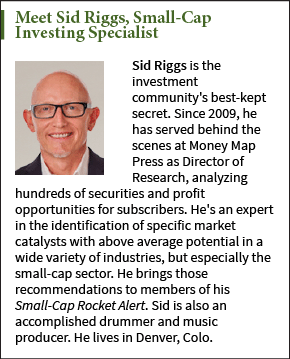 "The money spent on cyber defense represents one of the highest profit potentials of anything I've encountered," Riggs said. "And they spotlight not just one company but an entire sector that will have the wind at its back for the rest of our investing lifetimes."

The U.S. Director of National Intelligence, James Clapper, claims cybercrime is the nation's No. 1 security threat. He says it's worse than terrorism, espionage, and weapons of mass destruction combined.

The numbers back him up.

"More than $95 billion will get spent this year alone trying to prevent the inevitable assault on your private information and confidential records," Riggs said. According to market research firm MarketsandMarkets, by 2019 cybersecurity spending will reach $155.74 billion. That's a 63% growth rate.

The staggering number of major cyber-attacks last year has fueled the industry's growth:

Hacker attacks aren't just a problem for Americans. Cybercrime has grown into a full-fledged global-security crisis - one that costs the global economy more than $575 billion per year...

"That's more than 3% of America's 2014 GDP, and it's creating a lot of pent-up demand from countries, companies, and individuals determined to protect themselves," Riggs explained.

Now there are signs Wall Street is about to pay more attention to cybersecurity stocks' potential...

"This year's Consumer Electronics Show (CES) featured 82 exhibitors focused on privacy and security," Riggs said. "There were no records of cybersecurity companies from 2014's CES - so it's safe to say 2015 is the year when cybersecurity gets sexy. It will have the kind of presence that piques the interest of Wall Street analysts and traders alike."

That's why the cybersecurity field is an investing necessity in 2015. And the best way to invest in cybersecurity stocks in 2015 is to start with a balanced approach...

The Best Way to Profit from Cybersecurity's Massive Growth

"Due to the high fragmentation of this market, we were not surprised to find that no single vendor can provide an enterprise with a complete end-to-end security solution," Piper Jaffray analysts wrote in August. "Enterprises rely on many point products to manage security and detect and prevent security breaches."

And these cybersecurity stocks are extremely volatile.

Take Splunk Inc. (Nasdaq: SPLK) for example. It's a big company, with a market cap of $8.2 billion. Its stock is highly traded, averaging 2.1 million shares a day.

Not every cybersecurity play is that risky. Our top pick right now is an investment that offers huge upside with less of the risk seen from individual stocks.

"Under the circumstances, it's better to invest in the entire sector, not just one niche," Riggs said. "And I've found a brand-new investment opportunity that allows you to do just that."