What I am about to share with you today won't win me any friends on Wall Street. But, that's how it goes.

This is important information to you as an investor, and that's why you need to know what it's telling you. So I'm happy to take my lumps and show it to you anyway…

Right now we're in the midst of the first "earnings season" in 2015, with publicly traded companies reporting their latest quarterly results – in this case from Q4/2014. 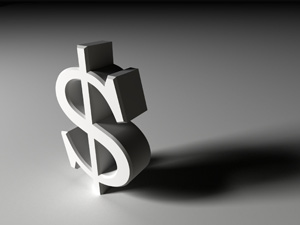 Millions of investors are understandably anxious and confused. Companies take off like a rocket on good numbers or get a multibillion-dollar haircut on bad ones.

Thing is… Wall Street likes it that way. The more confused you are, the more profitable they are because investors who chase innuendo tend to trade more (and generate bigger commissions).

That said, it's NOT a waste of time if you know how to sort out the information that actually matters and what it says about your money.

Why Earnings Reports Are Overrated

Earnings season is a lot like going to the circus… a whole lot of "oohing and aahing," bright lights, and noise. It's entertaining but next to irrelevant for anyone interested in building real wealth over the longer term.

First, there's a tremendous mismatch between the business cycles of most publicly traded companies and the quarterly reporting system. So the information being presented really doesn't give you anything more than a snapshot of a company's performance – and a badly focused one at that.

Take Boeing Co. (NYSE: BA), for instance. The company has a multiyear lead time on any aircraft or weapons system order. So the notion that they've got to report numbers every 90 days is fundamentally flawed, especially when you're talking about billion-dollar sales cycles.