In our 1998 book, Contrarian Investing: How to Buy and Sell When Others Won't and Make Money Doing It, coauthor Anthony Gallea and I made an astounding discovery: When looking at beaten-down stocks, the single-best "Buy" signal is so-called "insider buying."

You know what I'm talking about - the "legal" insider buying when C-level officers or board members snap up shares of the company they're overseeing.

It makes sense that this would be the best "Buy" trigger on a stock that's been trashed: As insiders, these folks are privy to the most up-to-date internal financial results, marketplace trends, and forecasts. And if there's a particular issue that's been weighing heavily on the company's stock - a lawsuit, product recall, or government investigation, for example - these insiders will be the first to know about a change for the better.

But there's another we'd like to talk about today...

As part of our research, Tony and I made a second, intriguing discovery: There's a "proxy" for insider buying, which can be just as useful. We dubbed this second group "knowledgeable outsiders." As prime examples, we cited such individuals as Warren Buffett, Carl Icahn, and George Soros. I would also include certain hedge funds and private equity (PE) players - both the largest and best performers, and those with a specialized focus - as members of group.

You might refer to investors like this as "institutional investors" or "investing icons." But we characterized them as the "smart money."

"Smart money" players like Buffett, Soros, and Icahn are a separate set from the rest of the Wall Street rabble. They're independent thinkers and often make moves so "contrary" to the prevailing thinking that the masses label them as crazy.

But it's worth paying close attention to moves made by the "smart money" for one simple reason: They can be a key to some smart-money profits of your own.

And a brand-new move by a smart-money private equity player makes a bold statement about a contrarian recommendation we just shared with you.

That smart-money statement: It's time to buy oil.

We first urged you to take some positions in "Big Oil" stocks back on Dec. 17 - in the Private Briefing report "Starting Today, I'm Going to 'Buy Fear,'" when we urged folks to snap up shares of Exxon-Mobil Corp. (NYSE: XOM).

To underscore just how deep our conviction was on this particular "call," we came back with three additional recommendations in our Jan. 8 report, "The Secret to Becoming a Billionaire." In that report, we gave you the Big Oil recommendations Total SA (NYSE ADR: TOT), Chevron Corp. (NYSE: CVX), and Royal Dutch Shell Plc. (NYSE ADR: RDS.A).

Several of these recommendations are already paying off.

And a new move by an energy-focused private equity player tells us there's a lot more to come.

Houston-based EIV Capital LLC just announced that it raised $267 million in private equity capital. It plans to take advantage of the bear market in crude prices to snap up energy assets at bargain prices.

The "smart money" - EIV and its investors - understand the huge profit opportunity that's at hand. Indeed, the company had no trouble raising the cash: It's the second such fund EIV has created, and all the participants in that first fund participated in this one. What's more, EIV's original target was $200 million: But the company ended up raising 33% more than planned. 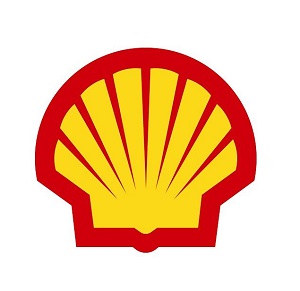 EIV usually invests between $10 million to $40 million per deal. So far, EIV Capital Fund II has made two investments - one in Great Northern Midstream LLC, a greenfield midstream development project in the Bakken shale play, and another in Mas Georgia LFG LLC, a gas-and-energy project developer. Terence Crikelair, managing partner at Champlain Advisors and the "placement agent" for the new fund, shared this news with Mergers & Acquisitions (www.themiddlemarket.com).
These specialty PE players are having so much luck finding willing investors for a number of reasons.This is just the latest private-equity firm to raise money for energy-focused contrarian profit plays. In January, NGP Energy Capital Management closed a $5.3 billion fund, while Five Point Capital Partners closed a $450 million fund.

Bill I agree about contrarian investing in oil. I am a small investor though and want to minimize risk. So I am looking at ETFs. I have focused on VDE and IXC. Basically I am leaning toward the latter. It has a 3.19% yield and all the major players. However, I want to find the bottom [half joking]. I just read an article where a top oil analyst is saying the bottom won't happen until the second quarter at least. Based on that is it prudent to wait? If something goes down 20% from here it has to go up 25% just to break even again.

First, thank you so much for your note … and for taking the time to write. I like your insights, which are exceptionally well articulated.

As far as your question goes, what we've been saying in Private Briefing, and elsewhere, is that "calling the bottom" is a tough, if not impossible, task. Instead, our experts here have been saying that the approach is to "average into" a position — establishing an initial stake at present prices and then using any weakness to average down in a manner that lowers the average cost.

What's more, by identifying plays that are high-yielding income-producers, and that have flexibility in terms of being able to cut costs into weakness, you'll be paid to wait for a rebound … minimizing risk as much as possible.

That's what we've written in other reports we've presented.