Stock market futures for Thursday, Feb. 12, forecasted a 94-point increase from yesterday's close. The Dow Jones recovered from a triple-digit loss Wednesday afternoon to finish down just six points after a choppy trading session. The energy and the utilities sectors weighed on stocks, while investors continue to eye negotiations between Greece and its creditors about the country's perilous debt situation. 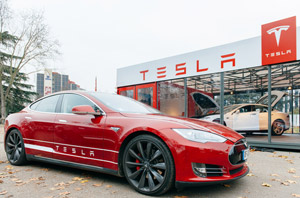 Today, investors seem prepared to shrug off concerns about Greece and instead focus on retail sales numbers and weekly jobless claims. Investors anticipate a decline in retail sales for the second consecutive month. However, a decline in vehicle and gasoline costs should help buffer the decline. This morning, leaders in Ukraine, Russia, France and Germany agreed to a ceasefire deal to end conflict in Ukraine.

Money Morning Tip of the Day: Don't listen to bearish analysts about oil. Prices have already started to stabilize.

Citigroup analyst Ed Morse released his most bearish oil price forecast yet on Monday, predicting prices will fall another 60% to $20 a barrel.

But what Morse and other analysts like him are getting wrong is oil has already begun to stabilize.

You see, the nearly 60% plunge in oil prices resulted in an abnormally oversold market, driven largely by the shorts. Without an actual pronounced decline on the demand side, a price "Armageddon" is unlikely to happen anytime soon.

As for the much harped-on supply glut... U.S. rig count has fallen sharply to decade lows. Operating companies are postponing expensive projects.

Doomsayers argue there is still considerable volume available from ongoing existing projects. However, that volume is already factored into a market where demand is not collapsing.

Any surpluses are hardly a major factor moving forward.

We won't be returning to triple-digit prices anytime soon. But a new medium-term floor in the mid-$50s in New York is likely. And we'll continue to see fantastic profit-making opportunities in the months ahead.

Dr. Kent Moors is an internationally recognized expert in oil and natural gas policy. He serves as an advisor to the highest levels of the U.S., Russian, Kazakh, Bahamian, Iraqi, and Kurdish governments. Go here for more expert insight on oil prices and energy investing from Moors...