Judging by the success of these businesses, you'd never suspect their strange company origins.

But it's more common than you may think. For every "normal" success story there are many odd, shocking, and just plain embarrassing company origins that never get talked about.

Money Morning has uncovered the origins of seven well-known companies that range from the shameful to the curious.

After reading this, you'll never look at these companies in the same way... 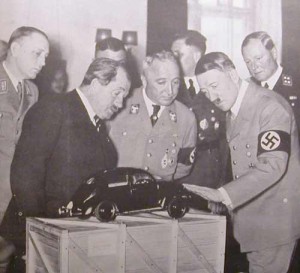 When most people think of German automaker Volkswagen AG (OTC: VLKAY), they think of the iconic Volkswagen Beetle popular the world over for more than 60 years. Volkswagen is the now the world's second-largest automaker. Millions love the cars and the brand.

But Volkswagen has the darkest of company origins. In fact, the genesis of the original Beetle design came from none other than Adolf Hitler.

In 1933 the Nazi dictator issued a demand for a "people's car" (volkswagen in German). Shortly afterward a Nazi labor union began designing such a car in the town of Wolfsburg. After World War II the British Army discovered the cars and rescued the factory. When Volkswagen started to export the Beetle in the 1950s, few realized the connection to Hitler. 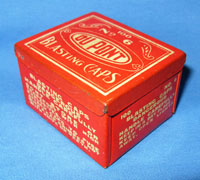 The E. I. du Pont de Nemours and Co. (NYSE: DD) is known to most Americans simply as DuPont. It is one of the world's largest chemical companies. In the last century DuPont became known for inventing such modern marvels as nylon, Kevlar, and Tyvek house wrap. Today its five divisions range from agriculture and nutrition to electronic and communication technologies.

But when DuPont was founded in 1802, its products weren't so benign.

The company's first venture was a gunpowder mill on the Brandywine River. A major 20th-century defense contractor, DuPont supplied nearly 40% of the gunpowder to Union forces during the Civil War. The company became a major world producer of smokeless powder and dynamite in the latter part of the 19th century. It was only in the early 20th century that DuPont began to diversify into the company we know today. DuPont stopped making explosives in the early 1990s.

Now here's one of the most bizarre company origins you'll ever read - involving a cult, group marriage, and silverware...