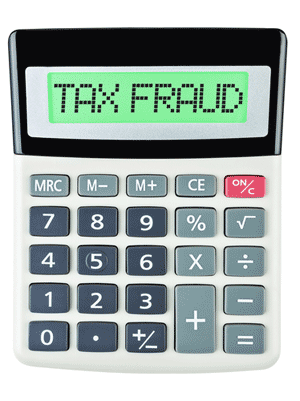 Tax refund fraud 2015: Americans, in total, spend 6 billion hours a year doing their taxes. They do it because it's a requirement - but also because it's a lifeline. For 70% of Americans, the tax refund is the biggest paycheck they'll receive all year.

But tax refund fraud, which has tripled in the last three years, threatens to take that lifeline away now more than ever.

Currently, a little over $5 billion is lost every year to tax fraud, according to Government Accountability Office (GAO) estimates. From 2013 to 2014, the number of people who identified themselves as tax fraud victims jumped by 36%.

In fact, the recent spike in fraud caused Intuit Inc. (Nasdaq: INTU) to suspend state e-filings Feb. 5. The company made the move to protect its vast customer base. One-third of all Americans use Intuit services to file tax returns - 29 million returns are filed each year with the company's do-it-yourself software TurboTax alone.

"Intuit and some states have seen an increase in suspicious filings and attempts by criminals to use stolen identity information to file fraudulent state tax returns and claim tax refunds," Intuit said.

On Feb. 7, Intuit unsuspended state e-filings after it beefed up TurboTax security with a multi-factor authentication system.

Still, it is shockingly easy for a criminal to perpetrate tax return fraud. 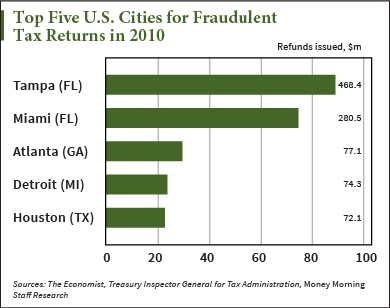 A thief need only be armed with a date of birth and a social security number to steal your money.

The con man goes to an online tax site, types the numbers in, files a fake return, and collects a payment.

Authentic filers discover they've been scammed only after filing their true returns. The IRS notifies them that the agency has already paid out the refund.

Another scam happens when taxpayers go to unregulated preparers to file. These criminals tend to prey on taxpayers eligible for the earned income credit (EIC). The preparer changes the return after it's been filed, and taxpayers are unaware they've missed out on the credit.

A taxpayer can get the money back - but it takes a matter of months, or even years. That's tough on Americans who rely on the tax refund check.

Meanwhile, stolen credentials are cheaper and more plentiful than ever. Take a look at the screen-grab below of a well-known seller on the Dark Web forum Evolution Market. Here, hacked accounts can be bought for 0.0002 bitcoins (or roughly $0.04 each: 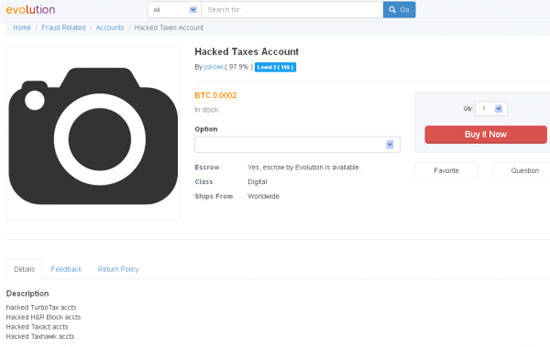 You can reduce your risk of getting scammed. Taxpayers can take these steps to protect themselves from tax refund fraud in 2015...