Once again, Money Morning's Defense & Tech Specialist Michael A. Robinson was spot-on - this time it was with his latest Google Inc. (Nasdaq: GOOG) stock prediction. 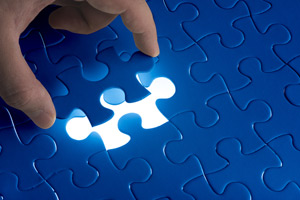 "Many of the moves from Google have seemed like so many jigsaw-puzzle pieces dumped on the floor," Robinson said. "While many on Wall Street couldn't see it, Google was laying out its vision for the future - if you knew what to look for. Google is building the ultimate conglomerate of the near future."

Here are some of the puzzle pieces Robinson was talking about:

Yesterday (Monday) marks the arrival of another important piece in the GOOG stock puzzle...

PROFIT ALERT: 33 million units of wearable tech devices shipped in 2014. That number is expected to rise to 50 million this year. A select group of companies will rake in the dough. Here are the wearable tech companies to keep your eyes on...

Essentially, the search engine company is buying Softcard's technology to use as Google Wallet. 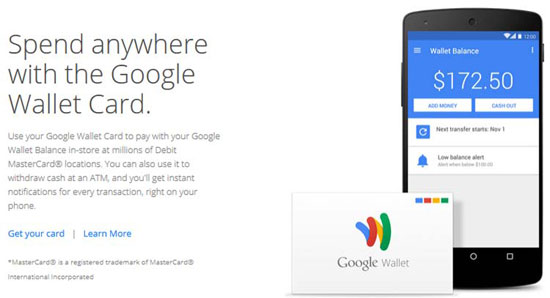 One of the main reasons Google Wallet hadn't surfaced until now was because those very carriers blocked the technology from working on their phones.

Like Apple Inc.'s (Nasdaq: AAPL) Apple Pay, Google Wallet will allow shoppers to tap their smartphones to pay at checkout. This step toward consumer convenience is indeed, as Robinson predicted, a nice piece of the puzzle that will bolster GOOG stock.

The Bottom Line: Google (Nasdaq: GOOG) stock is both a play on exciting future tech and a foundational investment for today.

"Wall Street investors have caused Google stock to lag the overall market over the last year. But that's about to change as the puzzle reveals itself," Robinson said Feb. 10. "In the fourth quarter, Google's earnings per share jumped 40% to $6.91 a share. If it just had annual increases of half that amount, it could double earnings in about three and a half years. To be conservative, I'm projecting that earnings and the stock price could rise by 50% over that period." GOOG stock trades around $531 today.

Cash in on Tech Stocks in 2015: All the ingredients are now present for a multiyear run in tech stocks that will dwarf anything we've seen before - creating a slew of new tech millionaires. Make the right moves and you can be one of them. Tech expert Michael Robinson will show you exactly what to do with his just-released 2015 Tech Investor's Forecast...7 specific tech stocks to buy right now that could create Alibaba-like wealth this year. Download it here for free...