Good Morning! The stock market today will be moving on news that Eurozone officials have accepted an extension of Greece's bailout program. The DJIA retreated from record levels on Monday after crude oil prices slipped on oversupply concerns. In addition, Greece's government delayed its presentation of proposed economic reforms to its Eurozone partners until this afternoon. 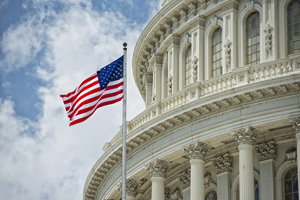 What to Watch Today: Investors' eyes will be glued to Capitol Hill, where Federal Reserve Chair Janet Yellen will testify on monetary policy before the Senate. The appearance coincides with efforts by senators from both sides of the aisle to strip the central bank of certain powers. Liberal senators, including Elizabeth Warren, have accused the Fed of maintaining too cozy of a relationship with the banks it oversees. Republican Senator Rand Paul is pushing for an audit of the bank and limits to the Fed's aggressive monetary policy efforts. It's the first time that a Federal Reserve chair has testified before a Republican-controlled Senate in the post-financial crisis era.

Here's what else you should know about the stock market today - including your "Money Morning Tip of the Day" - to make it a profitable Tuesday:

Money Morning Tip of the Day: The smart money is pouring into renewable energy.

In the future, the big picture in energy will have less and less to do with crude oil.

Oil won't disappear - but to meet growing energy demand, there will be an increasing reliance on alternative and renewable forms of energy.

Spending on renewable energy was so strong in 2014 that some have labeled it a "turning point" in the energy balance. According to a recent report in Bloomberg New Energy Finance, the total invested in renewable power jumped to $310 billion last year. That's up more than 16% from 2014 - with solar in the lead.

Solar power is coming on fast. Solar has now achieved grid parity in many regions of the country, meaning it's no longer more expensive than the traditional ways of generating electricity.

And that's just one of the opportunities that will hand us some nice profits... no matter what happens to the price of crude.

To read more about this new energy balance, check out "Non-Oil" Energy Investment Is Exploding