When Wall Street says something is “dead,” you know what to do: You check for a pulse – because you never trust Wall Street. In the case of healthcare M&A, the paid pundits have said the market is on ice. But they’re wrong: there is a sign of life – which provides a startling and lucrative investment opportunity. I’m going to reveal it today.

When the Street declared the “death” of the big biotech merger after the Feds started cracking down on so-called “tax inversions,” I started my “crime scene” investigation.

Here’s what I turned up: Global healthcare mergers and acquisitions (M&As) have soared 124% so far this year, to $35.1 billion. That makes this the best start for since 2009.

But let’s thank Wall Street for this bit of misdirection – because it gives us a chance to pounce on the ongoing biopharma M&A trend while other Main Street investors are getting bluffed. 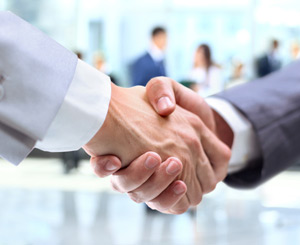 No doubt, some of the economics behind these marriages has eroded now that Washington has cracked down on tax-inversion deals.

These are transactions in which a U.S.-based company attempts to reduce its corporate tax bill by buying a foreign firm where corporate taxes are cheaper and then moving its "official' headquarters there.

That was the big reason behind these deals.

The U.S. corporate income tax rate stands at 35% - the highest in the developed world, according to the nonpartisan think tank the Tax Foundation. By contrast, the 33 other industrialized countries in the Organization for Economic Cooperation and Development have an average rate of 25%.

Big-cap pharmaceutical and biotech firms found these deals alluring for two reasons. First, they could lower overhead quickly at a time of greater concern about rising healthcare costs.

Second, global firms generate a lot of sales offshore. By moving their headquarters overseas, biopharma companies could use the money "back home" without paying high U.S. tax rates.

But all that reasoning basically has gone out the window.

Then, AbbVie Inc. (NYSE: ABBV) backed out of its $54 billion merger with Shire Plc.(Nasdaq: SHPG) in October. And that's when Wall Street told everyone that the number of biopharma industry M&As would plummet in 2015 and beyond.

And there's plenty more where that came from...

Healthcare M&A Deals Are on the Rise

A new report by Thomson Reuters shows that deal making in the healthcare sector (including the biotech and pharmaceutical firms we look into at Strategic Tech Investor) ranks as the third highest by sector after telecom and financial firms.

But that ranking greatly understates the healthcare industry's feverish activity. Like I said before, global healthcare M&As have soared 124% to $35.1 billion so far this year.

For total U.S. M&A deals, Thomson Reuters found they're up 60% from a year ago, to $101.3 billion. And the Pfizer-Hospira deal is the largest so far in 2015, bigger than the next two combined.

M&A deals will remain a big driver for the whole healthcare industry. The pickup in M&A activity will translate into healthy bonuses for bankers and lawyers, certainly, but it will also continue accelerate stocks in the biotech and pharmaceutical sectors way past the overall market.

It can take 10 years and $1 billion to get a new drug to market.

The Way to Play It

That means big players with large cash reserves often find it easier to buy competitors' product lines or those competitors themselves than to launch new drugs from scratch.

So, I want to introduce you to an exchange-traded fund (ETF) that's the best way to profit from healthcare M&A.